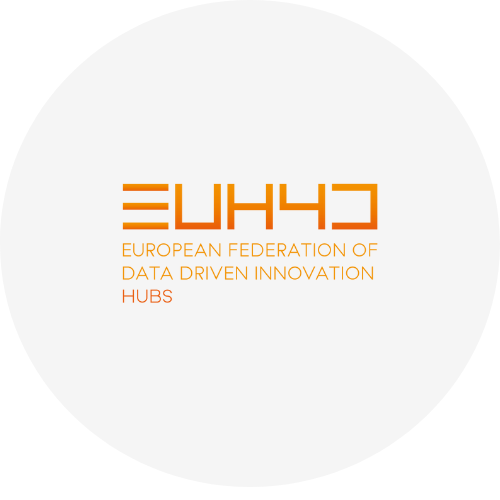 Home > Blog > How EUHubs4Data can contribute to Gaia-X Self-Descriptions?

How EUHubs4Data can contribute to Gaia-X Self-Descriptions?

There are multiple parallels between Gaia-X and EUHubs4Data. Probably, the most obvious one is the main objective of EUHubs4Data: to create a federation of DIHs in order to facilitate the exchange of data and services among them and, implicitly, with those SMEs belonging to their local ecosystems, who may not only be consuming the federation’s assets but also providing them through their DIH.

Thus, we can see EUHubs4Data as an initiative that is helping to pave the ground for the arrival of Gaia-X. With the support of BDVA and the Data Business Alliance, EUHubs4Data has involved not only a broad number of DIHs across Europe, but also the International Data Space Association (IDSA) and EGI Foundation.

The project is focusing on three main issues: data management (i.e., sharing, privacy, sovereignty, etc.), interoperability, and building a federated catalogue to capture all the assets offered by different partners. Regarding data management, we are preparing the DIHs to be IDSA compliant, which will also imply Gaia-X compliant in terms of data. Regarding interoperability, we are identifying the needs of the different DIHs to share, exchange, or deploy services on a federated environment. Finally, the consortium is also advancing in the definition of a federated catalogue of services, adopting, when feasible, Gaia-X approaches like Self-Descriptions, and considering future integration in the Gaia-X ecosystem that is as smooth and effortless as possible.

In this post, we are addressing the question of Gaia-X Self-Descriptions and their applicability to EUHubs4Data.

What are Gaia-X self-descriptions

Gaia-X is becoming a reference project for federated, secure data ecosystems. Hence, EUHubs4Data is considering Gaia-X’s Self-Descriptions as an approach to unify the descriptions of its own components. In the Gaia-X conceptual model, any entity of a Gaia-X ecosystem can be expressed as a Self-Description. The Gaia-X architecture document defines a Self-Description as follows: A Self-Description expresses characteristics of an Asset, Resource, Service Offering or Participant and describes properties and Claims which are linked to the Identifier.

Representing EUHubs4Data components as Self-Descriptions can bring several benefits to the project, such as having a unified representation schema, and becoming Gaia-X compliant, thus increasing the possibility to interoperate with entities from other Gaia-X ecosystems. The following table presents a mapping of how these components can be described as Gaia-X entities.

How can EUHubs4Data contribute to Gaia-X Self-Description model

Moreover, the Gaia-X architecture document states that “Individual Gaia-X Ecosystems can extend the schema hierarchy for their application domain. Such extensions must make an explicit reference to the organization that is responsible for the development and maintenance of the extension”

At a later stage, EUHubs4Data could enrich the Self-Description hierarchy to complete the project’s offer, i.e., by adding a type of Asset to describe its training courses and non-computer services. Given that non-computer assets are common in IT projects, this kind of extension can potentially be useful beyond the EUHubs4Data ecosystem.